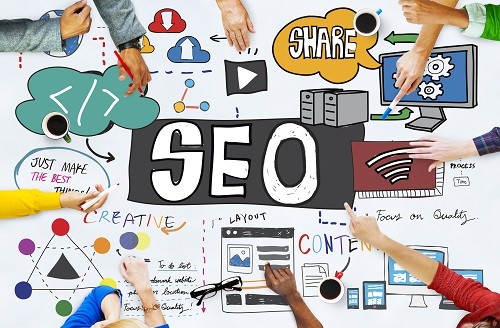 We are almost half way through 2016 and it’s hard to say how time actually flies. The world of SEO & digital marketing is always having a close watch to the trends of the present year. The techies in these industries are always spending their hectic and busy time in exploring new tools, latest developments and of course, fearing the future of SEO & digital marketing. As we gleam into 2016, we bring you 15 Predictions for 2016 in SEO Services & Digital Marketing telling how the online industry might behave this year. Let’s get started.

The video advertisements are not new to the Internet world. The channels like YouTube have dedicated themselves to the hosting of a myriad of videos. We believe however, that 2016 will be different in a way that Google has finally gotten its hands on the in-SERP video ads. It’s a clear indication of how users are accepting video ads and how this trend shall continue to rise. There are virtually limitless possibilities. So, keep holding your horses tight.

For a while, Google has started offering indexing of the apps. However, with the ranking of these apps becoming more intimidating, the coming year would see more company owners eyeing app indexing a vital factor for their business. The best part is that apps can function in a more interactive and intuitive way than the websites, while also providing the functionalities of the site. Thus, 2016 will be vital for app adoption by businessmen.

While laptops almost choked the desktops, it is believed in the present year, the mobile phones will literally kill your PC. Google has already revealed that traffic from mobile or portable devices has taken over the traffic from desktops. Google itself opines that for any business, a mobile-only website is absolutely fine. There isn’t a need for a desktop site. So you see, 2016 will kick off an era of mobiles; overshadowing desktops.

Our prediction for 2016 in SEO & Digital Marketing is that the digital assistants like Siri & Cortana will continue to use traditional search engines, but this will happen only for finding the information. For optimizing your business, you will have to be sure that these digital assistants can easily and conveniently catch your business information.

5. Advertisers will put in a bomb of their advertising budget in social media

Facebook, being the most reliable direct response platform, plays a pivotal role for advertising & marketing world. Custom audiences, dynamic ads and retargeting will be made easily accessible through Instagram and Facebook, which will become the pets of digital marketing world.

Streaming of the apps and videos will become extremely useful. Imagine, why would a user need to waste the storage space, when everything is available from the cloud? Apps, which shall be streamed easily, will be given additional rankings, it seems.

7. Social media content will have a greater dominance over the Internet

Content marketing is here to stay for long. What’s more important is that, the businessmen need to optimize their sites, not just for blog writing, but also for social media content writing. This can be called the next wave of content creation and it shall totally be seen flooding the Internet in 2016.

With Facebook offering live videos and profile pictures, the world is actually going fast and looking for real-time, rather in-the-moment updates. This will continue to dominate the 2016 and years to come. There shall be a more focussed approach for immediacy, with users looking for updates that will immediately dominate their social landscape.

With the migration of searches from desktop to mobiles, it is stipulated that voice search and SEO will become more active in 2016. With people always on-the-go, they would prefer to voice search, than type search everything. Structured data will allow Google in answering users better.

This is the era of e-commerce. But, in the years to come, it is predicted that there shall be a dominance of cross border e-commerce as well. The products shall be made available virtually and will be sent through easy transportation to the end users.

Wearable smart devices will gain more prominence this year. In 2015, Apple watch made much hype. It is expected that this year, such wearable devices will hold much more importance.

12. Internet of Things (IoT) to pave new base

The landscape of marketing will change totally with the Internet of Things (IoT). It is expected that real marketing will almost enter a “vanish state” with digital marketing bringing in new innovation and creativity.

13. The ease of recruiting digital skills will become more challenging

Let’s face it- everyone’s riding the digital marketing & SEO bandwagon. No one’s is riding alone. With the increased need of digital skills for business, the challenge to hire such people with efficient needs will become more commanding. Businesses will have to shell out a considerable share of their expenditure to hire digital skills. In fact, hiring the right person with the skills shall become more challenging this year onward.

It’s that time of the era when digital platform has become too main stream. Almost kicking out the traditional learning tools, computing knowledge and e-learning methods are expected to become the new need of the hour.

Document indexing will be done using latent semantic indexing (LSI). The method, which uses a document as a whole, instead of just what keywords have been used in it, will play a key role in SEO of the documents. This is done to consider which document is semantically close enough.

So here we have it- Your 15 predictions for 2016 in SEO & digital marketing. We look forward to your comments to know if we missed out something, or if you think a pint shouldn’t have been on this list at all!

Previous Post 50 SEO Tips: A Cheat Sheet for Digital Optimization
Next Post How to Optimize for Voice Search SEO in 2020

The Top 50 Things to Look for in an SEO Consultant

How to Optimize for Voice Search SEO in 2020